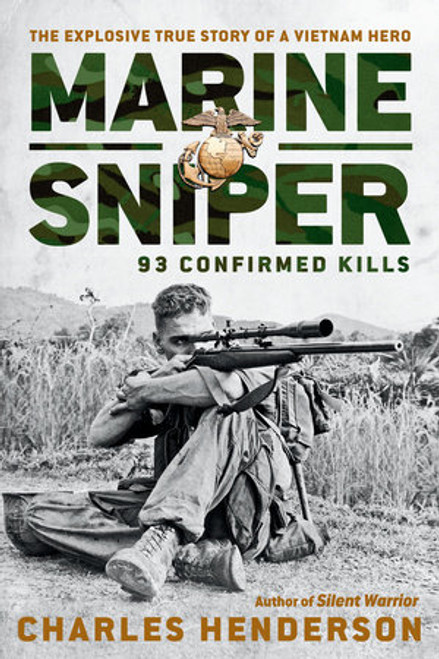 The explosive true story of Sergeant Carlos Hathcock, a legendary Marine sniper in the Vietnam War.

He stalked the Viet Cong behind enemy lines—on their own ground. And each time, he emerged from the jungle having done his duty. His record is one of the finest in military history, with ninety-three confirmed kills.

This is the story of a simple man who endured incredible dangers and hardships for his country and his Corps. These are the missions that have made Carlos Hathcock a legend in the brotherhood of Marines. They are exciting, powerful, chilling—and all true.

Charles Henderson is a veteran of more than twenty-three years in the United States Marine Corps, with a distinguished career spanning from Vietnam to the Gulf War, after which he retired as a Chief Warrant Officer. He is the author of the critically acclaimed military classics Marine Sniper and Silent Warrior, which first chronicled the exploits of USMC sniper Carlos Hathcock. He is also the author of Marshalling the Faithful, Goodnight Saigon, Jungle Rules, and the fictional Jack Valentine Marine Sniper series.