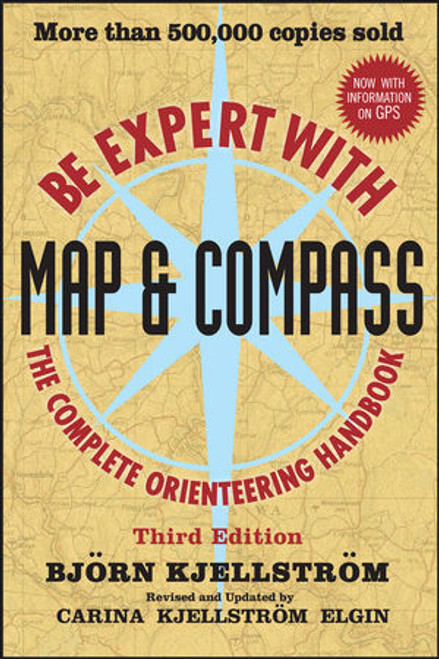 Now with Information on GPS

GPS devices are great, but they can break, get lost, or easily be hampered by weather conditions, making basic map and compass skills essential for anyone who spends time outdoors. This popular, easy-to-use orienteering handbook has been helping people find their way for more than fifty years. Now updated to include information on GPS as well as current Web sites, references, sources, and photographs, it remains the book of choice for professional outdoorsmen, novice orienteers, and outdoor organizations as well as teachers, scout leaders, recreational hikers, hunters, and others around the world.

Coverage includes understanding map symbols; traveling by map alone, by compass alone, or by map and compass together; finding bearings; sketching maps; and traveling in the wilderness.

If you're looking to feel more comfortable in the wilderness, this updated guide is an indispensable reference.

The late BJÖRN KJELLSTRÖM was a Swedish champion in orienteering who loved to share his passion for the outdoors. His writings on the subject have been published in several languages. He helped invent the modern protractor-based compass and cofounded the internationally renowned compass company Silva. He is credited with introducing orienteering to the United States. He was also one of the founders of the Swedish and U.S. Orienteering Federations.

CARINA KJELLSTRÖM ELGIN developed her love of nature and of orienteering by literally following in the footsteps of her father, Björn Kjellström, on daily childhood excursions.

Preface to the Third Edition v

Introduction The Art (and Science) of Orienteering 1

The Map and Compass in Your Everyday Life 3

The Map and Compass in the Outdoors 5

Map and Compass for the Family 7

Map and Compass Bringing People Together 8

Using the Map and Compass in Education 9

The “Romance” of Orienteering 10

What the Map Tells 20

The Origin of the Compass 67

Fishing and Hunting: Special Use of Your Compass 102

The Excitement of the Uncertain 112

Traveling by Map and Compass—Orienteering 126

The History of the Sport of Orienteering 151